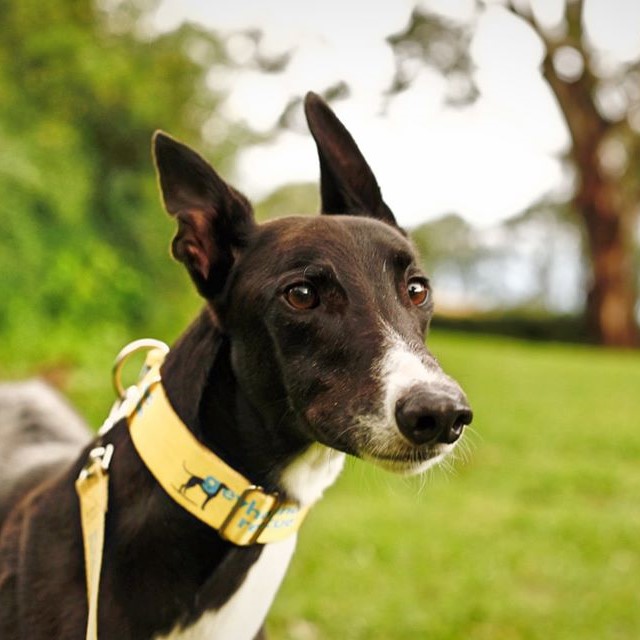 Hi there, I’m Harry Potter! I arrived at Greyhound Rescue with my siblings Lily and James. Like my namesake, I’m a kind and friendly boy who loves my friends more than anything in the world. Well, almost anything… I’m a pretty big fan of food too!

I don’t have a fancy lightning scar on my forehead, but if you ask me, my best feature is my ears. I have an ear-do for every occasion… straight up, pulled back, one up one down – the combinations are endless!

I might not play Quidditch, but I’m still a great Seeker if what you’re hiding is treats – mmm, I love those!! I love toys as well, and I’d be so happy if we could share some playtime together. I’m a bit of a snuggler too and I love asking you for lots of pats and attention.

I have rather sensitive feet due to allergies and they can get a bit uncomfortable from walking in sand and grass. I’m sure Madame Pomfrey would have them sorted in a second, but seeing as we’re not at Hogwarts, it just means I need to wear boots when I’m walking. Don’t worry though, it certainly doesn’t slow me down at all, and I’m sure you’ll agree they look rather cute on me!

Some notes from Harry’s foster carers
Harry really is just a big lazy boy. He is not really fussed by much. We have had several occasions where we have had friends over and music playing and he just chills out.
We have introduced him to several dogs of various sizes and not really had any issues, but he doesn’t “play”. Sometimes he will bark at the other dog but not usually for very long. He doesn’t chase a ball or play tug of war or anything. Basically he will meet the new dog, have a sniff and follow them around for a bit before he eventually gets bored and lies down. However, he is not cat friendly.
Harry likes to drink out of human glasses so you can’t leave those unattended! He is a very polite, gentle and snuggly boy. When he is really excited to see us his tail wags like a propeller. We think that’s super cute. Generally he is a very good walker but he will occasionally walk right in front of you and in a zig zag.
Toilet training he has been an angel. He basically came to us toilet trained already.
He is overall a very friendly and lazy boy and he has settled in very well to apartment life!

Greyhound Rescue’s adoption fee is $385. All our hounds are desexed, vaccinated, microchipped, flea and worm treated, and heartworm tested and treated.

The adoption fee also includes our New Adopter Kit – collar, leash, muzzle and loads of other goodies to help you get your new hound settled into the family.

Apply to adopt or foster
Be a 'Help A Hound' sponsor 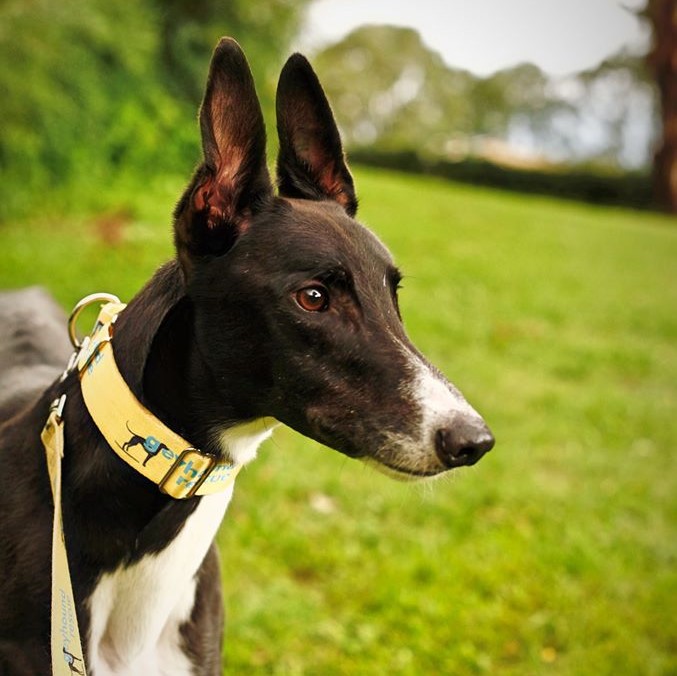 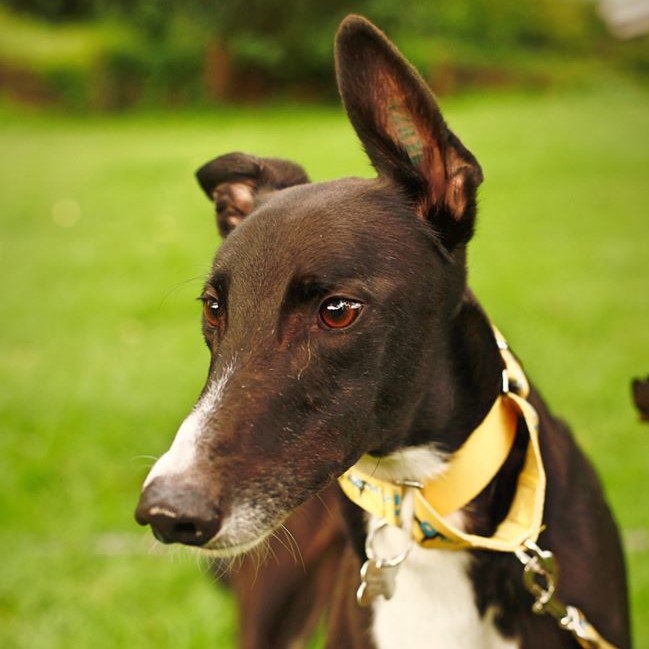 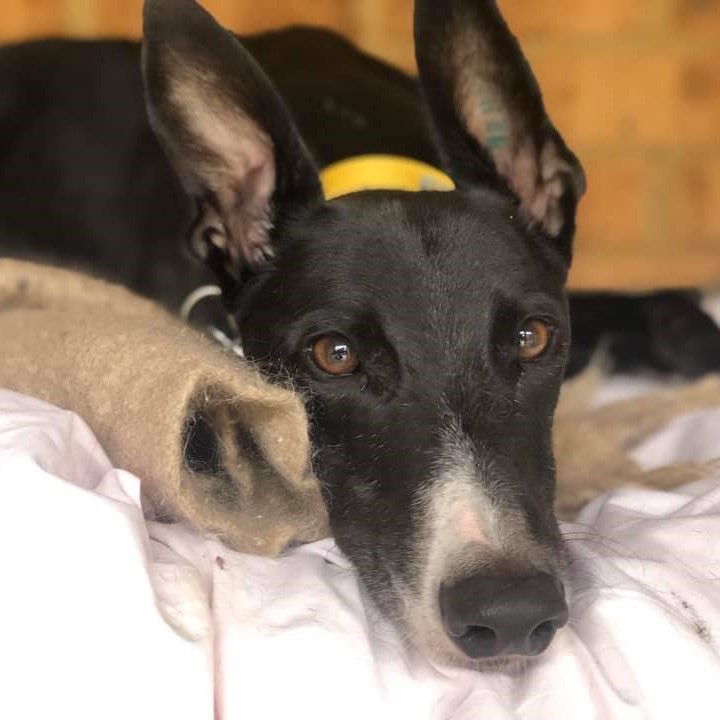 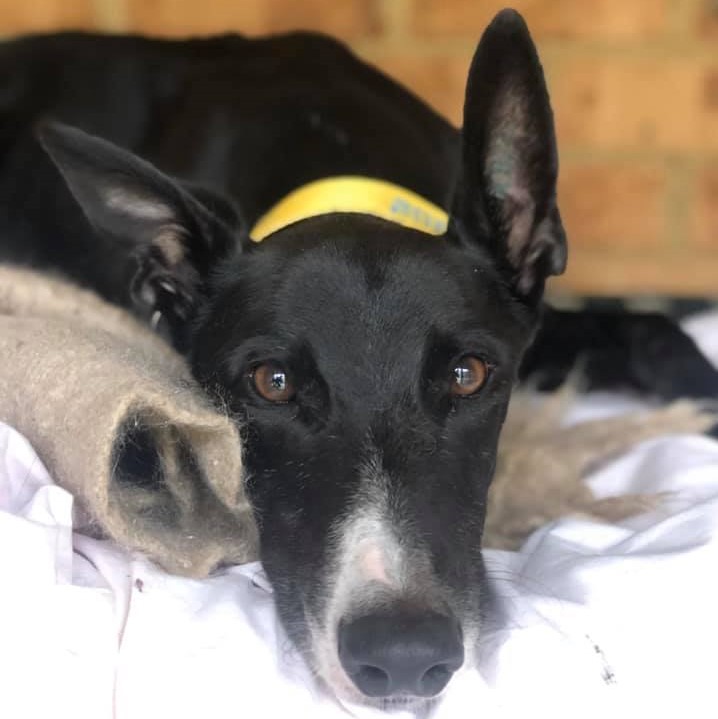 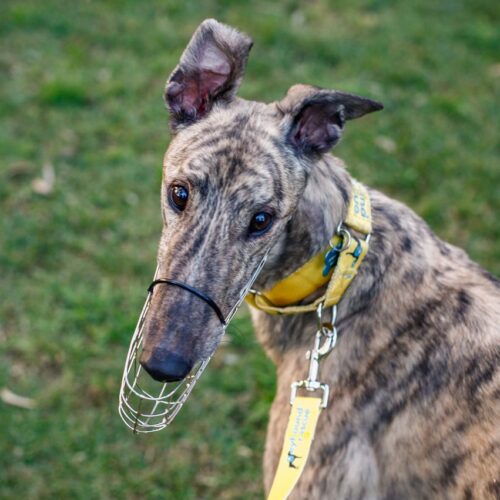 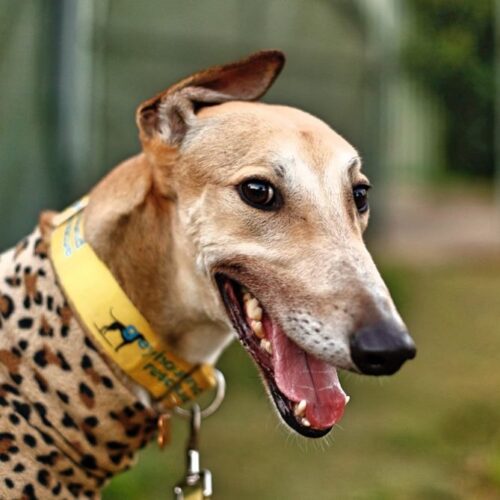 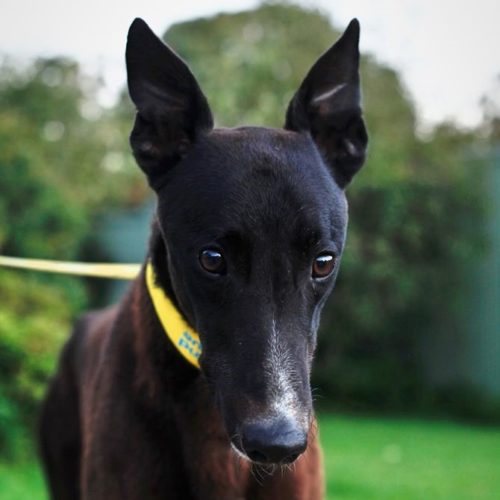 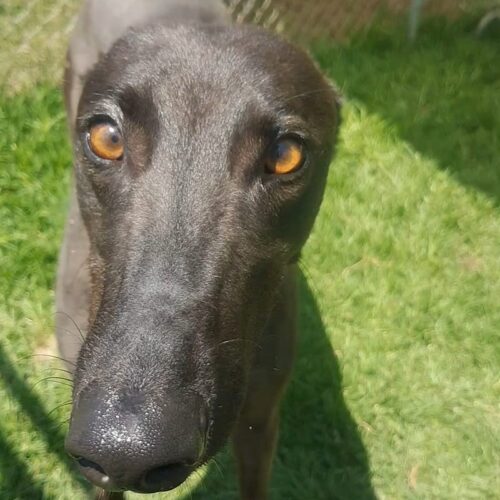